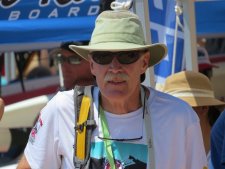 Larry Fisher, "old man winter," was the founder of Ski and Bow Rack in 1985 and proudly ran it for 33 years. He had a mustache that was the envy of the town, knew more about custom insoles than most people knew about themselves, had sold half the town (easily) his custom insoles, would vacuum your feet during the winter (to fit you into the Fischer Vacuum-Fit Ski Boots), and made the best homemade chocolate ice cream this side of Saturn. He was a beloved boss who's predictable answer to any salutation ("I'm doing just pretty good") will be sorely missed. 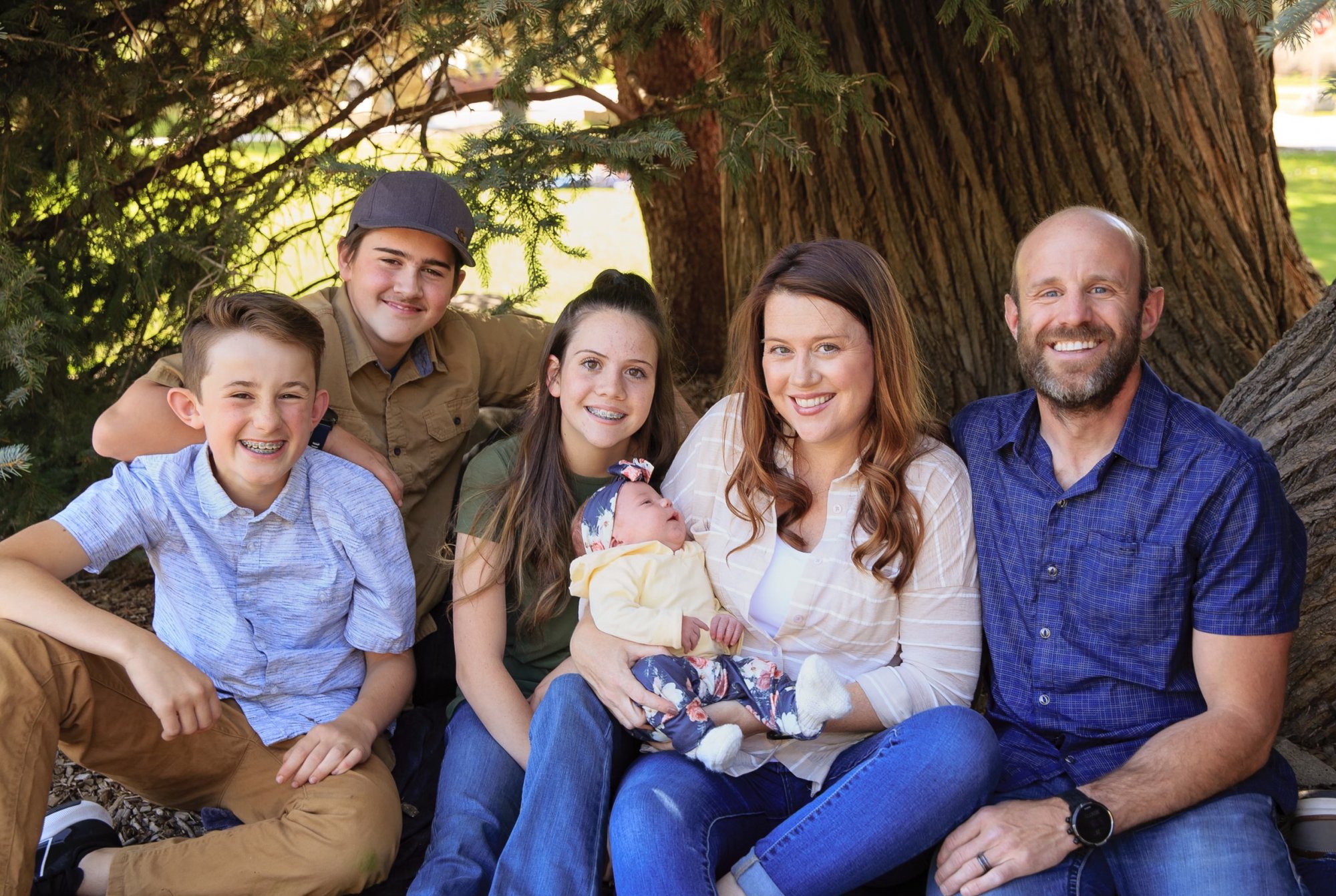 Brittany, Larry's daughter, basically grew up in the shop. At present she carries on her father's incredible legacy, and while her work behind the scenes keeps Ski and Bow Rack functioning, her perpetual encouragements keep the staff happy. Well that and the fact that she writes paychecks. That definitely helps. Her husband, the great Robert Bedtke, has picked up where Larry left off in the wizarding world of insoles, custom bootfitting, and crazy, daring adventures. You can always count on service with a smile from Robert, and his bubbling optimism is super contagious. Pessimists beware. When their busy schedules relax, which probably isn't as often as these busy bees would like, you can generally bet they'll be playing on the slopes or the lake with their four children, Trent, Peyton, Eden, and Summit. 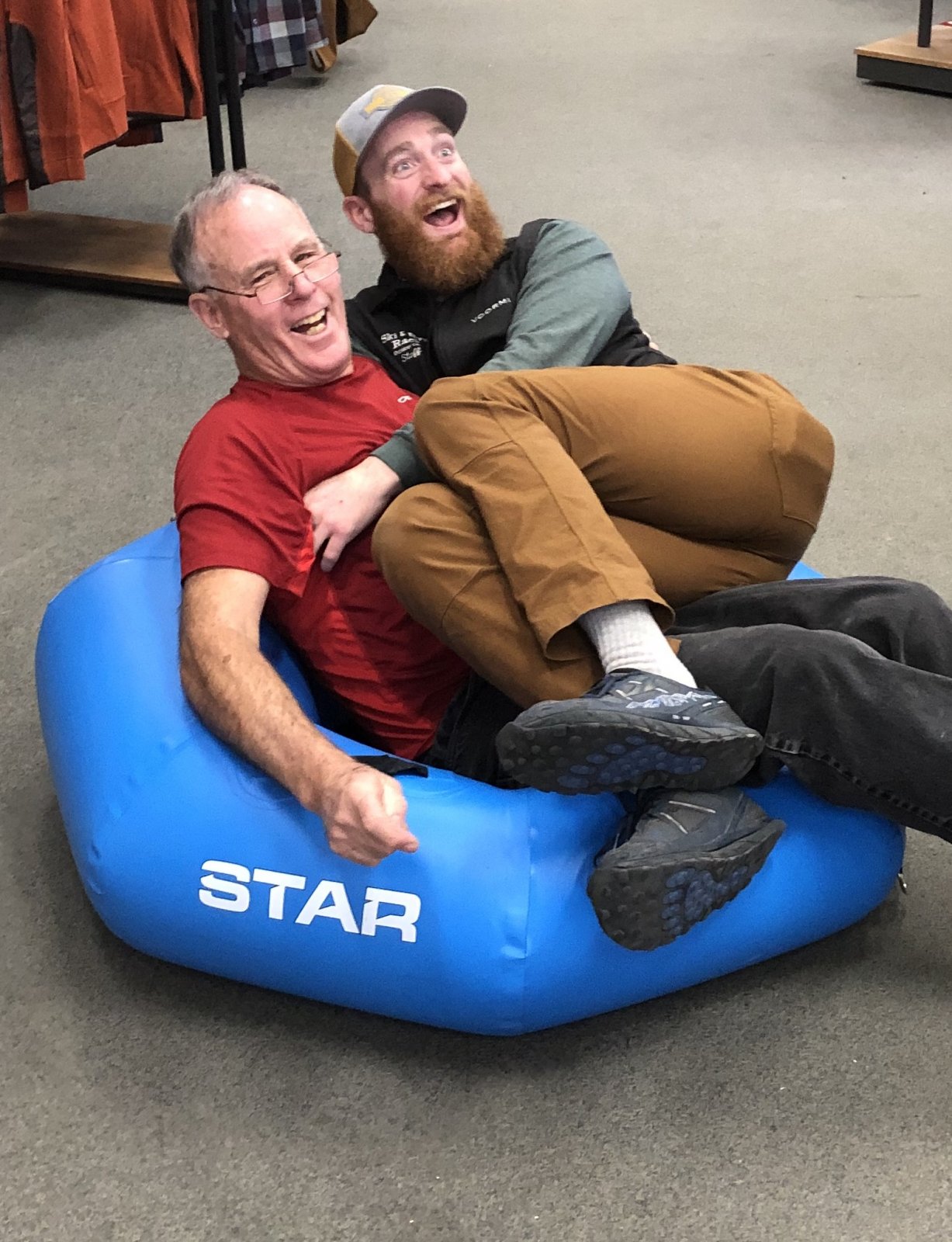 Paul has been a backbone in the ski shop here at Ski and Bow Rack for years, and years, and years, and...well yeah, a good long while. Despite the almost-perpetual scowl, he's actually pretty cool, and he can tune a ski like a harp. He holds the ski shop together like glue, knows Pagosa country well (back of hand sort of well), and will happily lend his knowledge to those who ask, or to those who don't, but obviously need it. Moral of the story: ask. 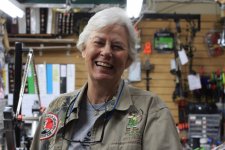 Sally is the most knowledgeable archery tech in the Four Corners, if not the Milky Way Galaxy. She will gladly help anyone learn more about bows and how to shoot them. She's an institution here in Pagosa and well deserves her fame. Her archery accomplishments are the stuff of legend. And as rumor has it, she's never going to die because A: she survived a nasty horse fall that broke seven of her ribs and B: we can never hope to replace her here. But for now, you can come in to the shop, drink in her wisdom, and bask in her glory. No, seriously! It's worth it! 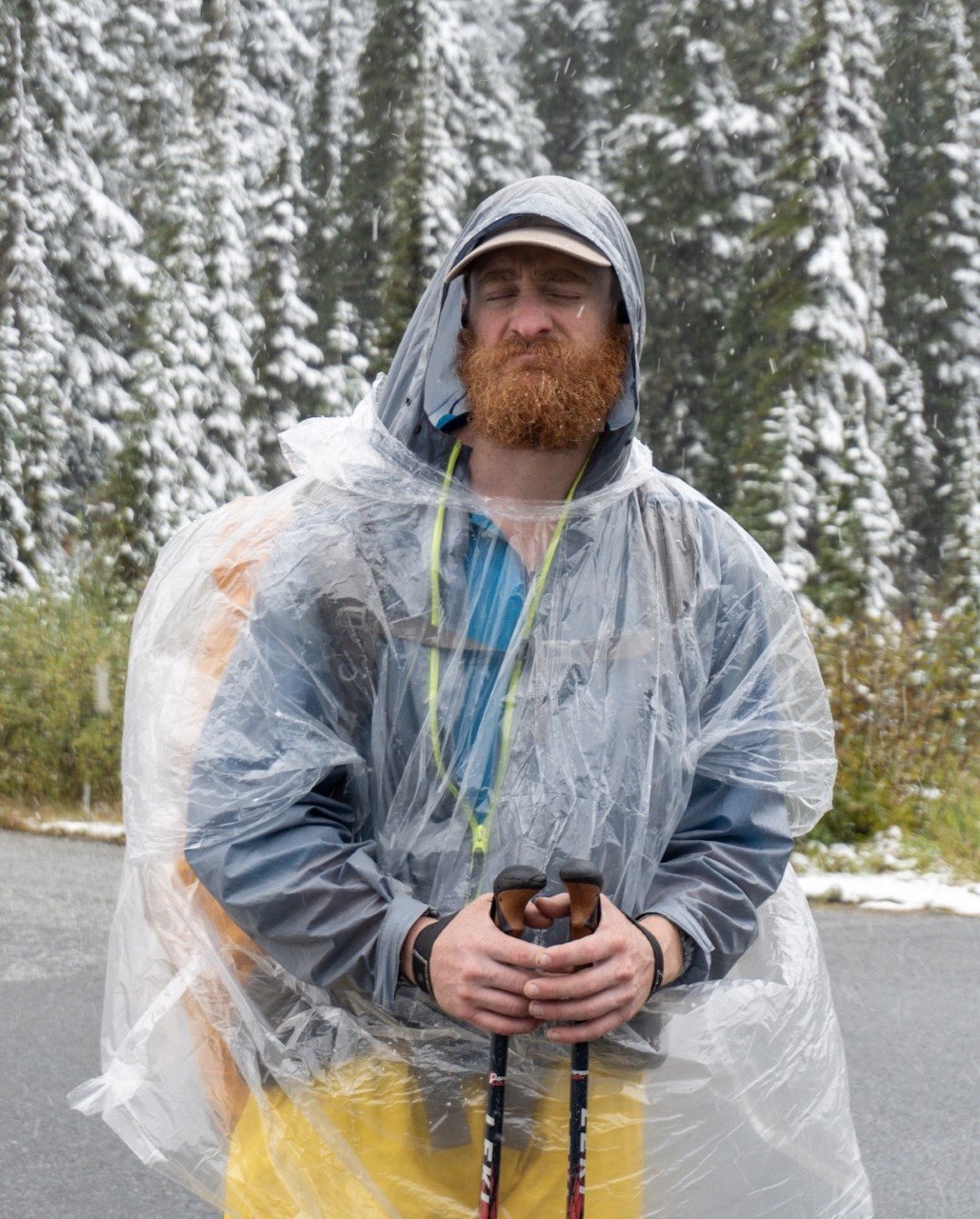 Chase is one of our backpacking experts. In the past decade he has logged more than 5,000 miles on America's long distance trails, including complete hikes of the Appalachian Trail, Pacific Crest Trail, Big Bend 100, and good chunks of the Colorado and Continental Divide Trails (making him a strong candidate for the craziest shop employee). A true gear head, he can nerd out for hours about seemingly any aspect of backpacking equipment, and he loves helping customers get their packs dialed in so that they can better enjoy their time on trail. But if he sounds too crazy, just try talking to him. His happy smile and winsome attitude will convince you otherwise. 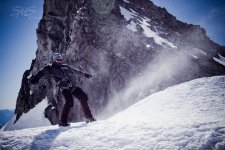 There's only so much you can say about a guy who loves Jesus, loves his wife Heather, sons Edmund, Janner, and Kian, daughter Berea, and after that fishing, skiing, hiking, writing, soccer, and most everything outdoors. Also, jokes. By the way, did you hear about the guy who threw his alarm clock out the window? He wanted to see time fly. Really, you can tell that he grew up here and never got away--in the best way possible. Also, what do you get when you cross a sheep and a bumble-bee? A bah-humbug. If you want more jokes, you have only to ask. 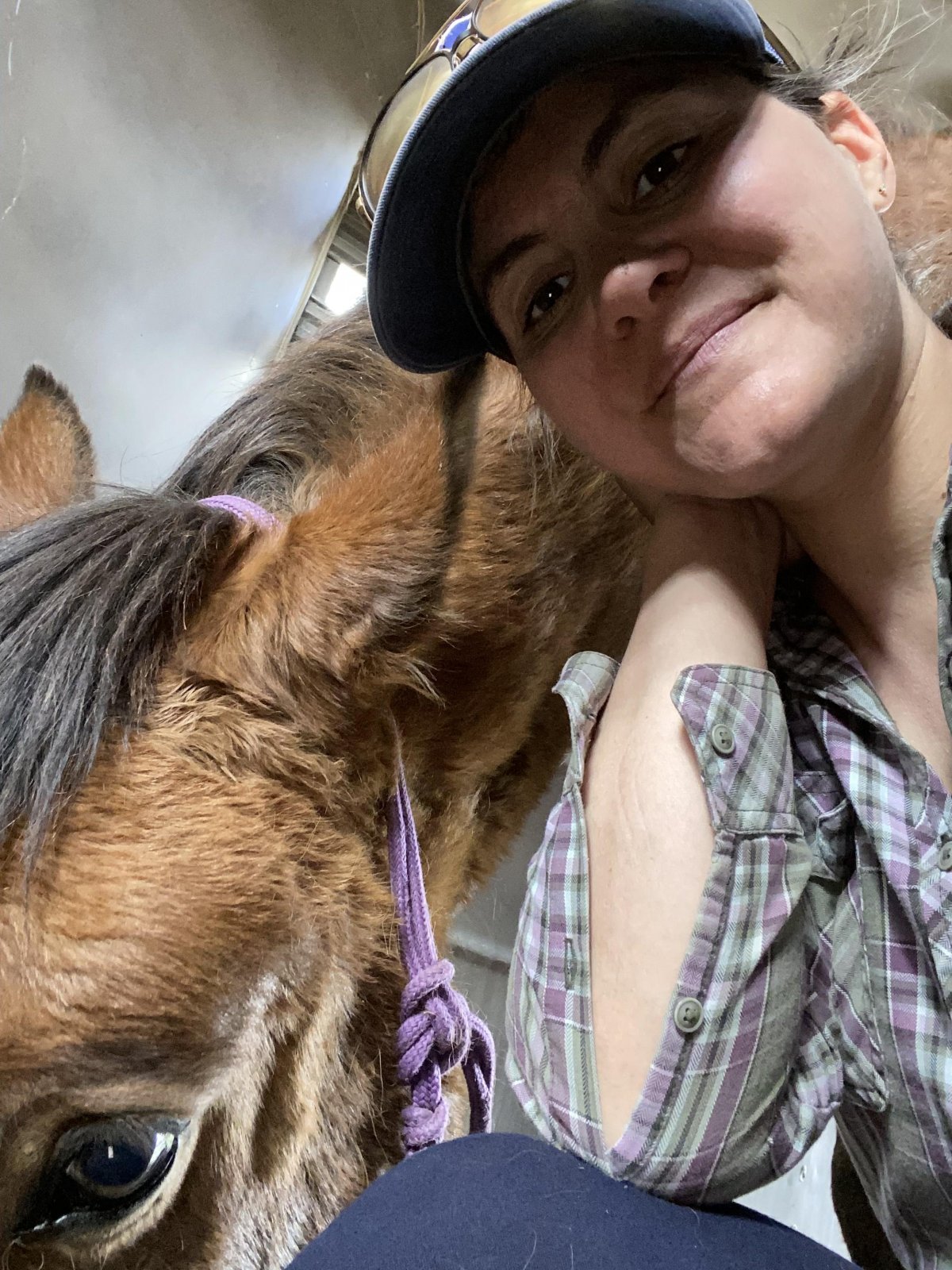 Sandrine is our French Sally. She loves archery and grew up shooting in France. Yes, she's from France. We know that. We hired her anyway. Though if you ask her where her accent is from, you could very well get "Montana" or "Texas" as an answer. And while she's an archery genius, she plays custom boot fitter, shop display wizard, and fashion guru on the side. You bet that you can see Sandrine around the water in the summer time, whether it be on a spud, stand up paddle board, or on a raft. She loves the water so much, she even named her horse "River"! She's almost perpetually cold and therein knows a great deal about the secrets of staying warm in the wintertime. And if you learn nothing else about her, learn this: purple is her favorite color. It's a great bargaining chip. 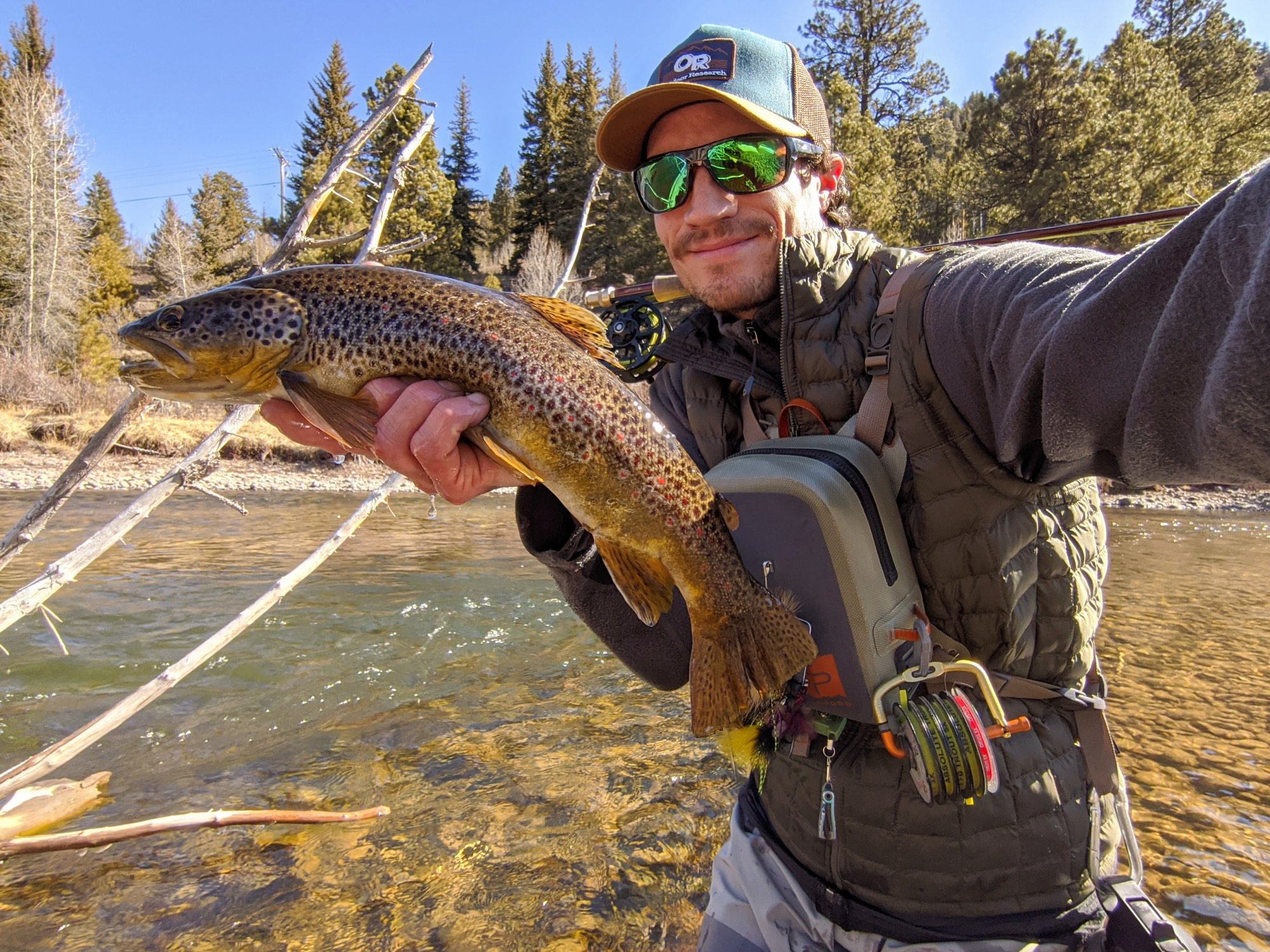 Given the way he lives and breathes fishing, I wouldn't be surprised to learn he possesses a pair of gills, or that perhaps he has a Greenback Cutthroat trout for a distant cousin. Weston rivals most otters, herons, and even a few alligators in their ability to poke a fish from the water. His easygoing manner may fool the innocent bystander with a feigned nonchalance, but there's a fierce intellect behind the winning smile. And when it comes to guiding, this dude will put you on fish, period. Perhaps it's a fine blend of savvy fishing know-how and curly hair. Perhaps it's just blind luck. Or perhaps he just calls up that distant cousin to get the skinny on what happens to be on the menu that day. 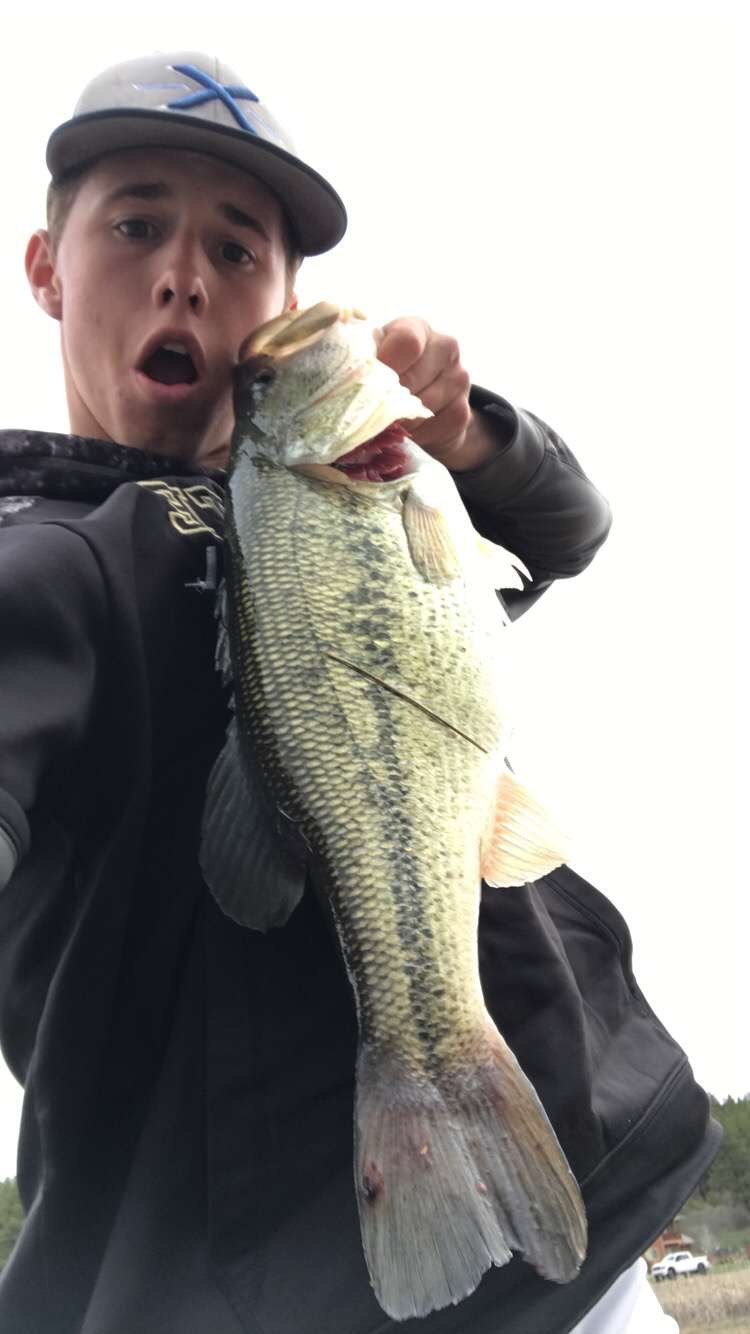 Good ol' Paden. Big bass guy. Big guy in general. Paden is an all-around fisherman and aspiring MLB prospect. Just kidding, but he is good at fishing and baseball.  The man has a knack for finding lunkers, may that be a huge bass or a stud brown trout. Although he is a goofball, he can easily point you in the right direction when it comes to all your fishing needs. Heck, even his Instagram handle is @fishingpj. Shoot him a follow. 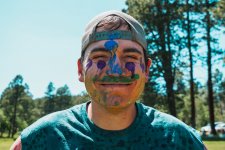 Bryce's day job is Assistant Pastor at Grace in Pagosa. But by night...err...well...some afternoons, he graces us with his laid back, slightly silly presence. The dude loves Jesus, his wife Natalie, playing outside in the mountains, and getting kids (or anyone for that matter) to smile. Visit with him before your next backpacking trip and his camping know-how and gear-headed can-do attitude will have you enjoying the outdoors without all of those little questions of "Wait...so how does this work?" 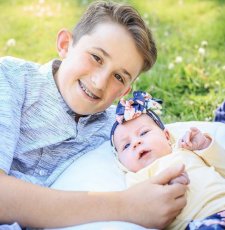 The tube slayer himself. Peyton is your go-to for all things tubing. His bright personality and humorous demeanor light up the shop and he fills it with a laid back atmosphere. Although it is sometimes difficult to make him be quiet, his customer service is top of the line and he's sure to make your day better. His knowledge of the outdoors is great considering his parents are the owners of Ski & Bow Rack. Don't let that fool you, though, we all love Peyton around these parts. 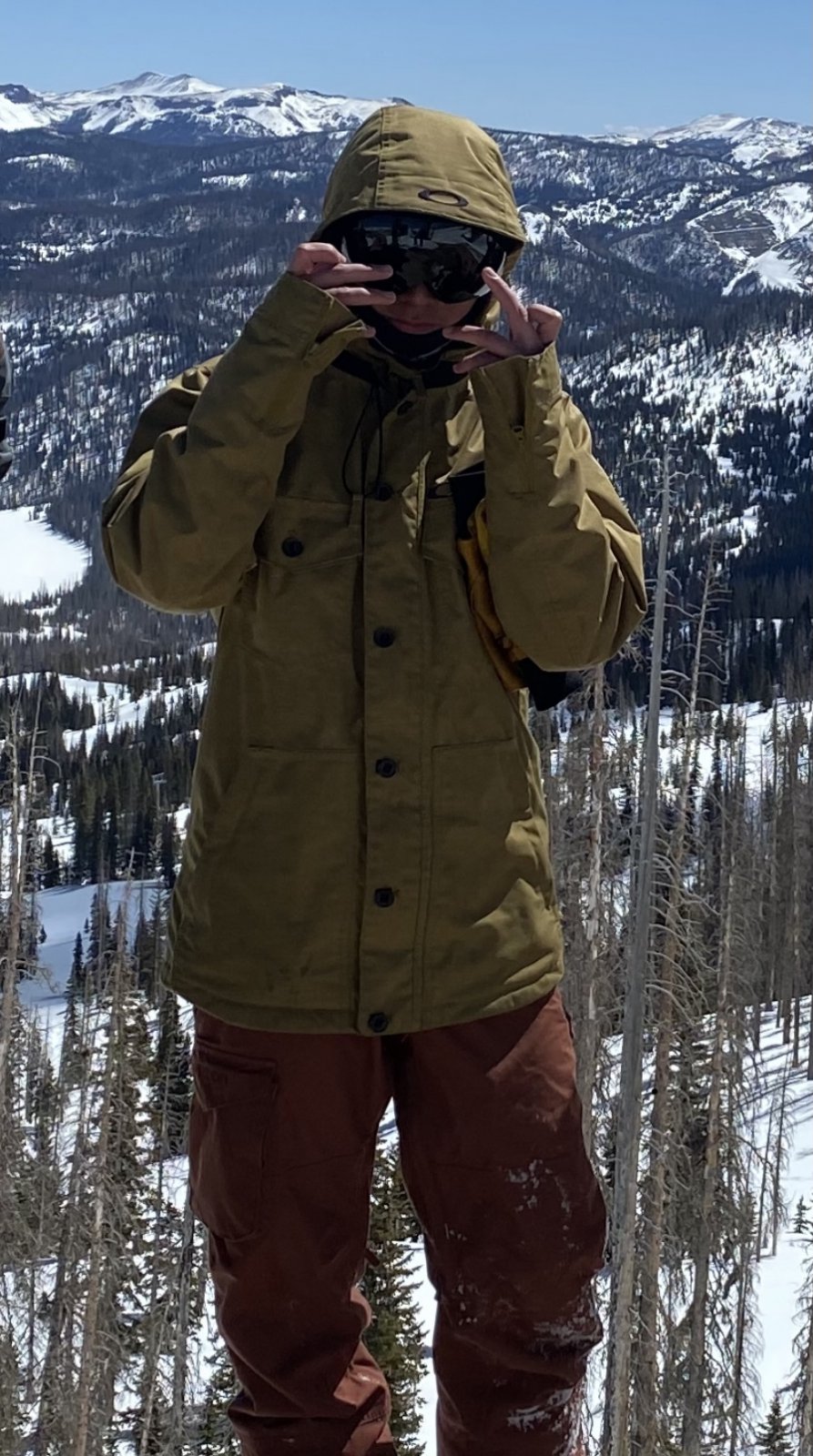 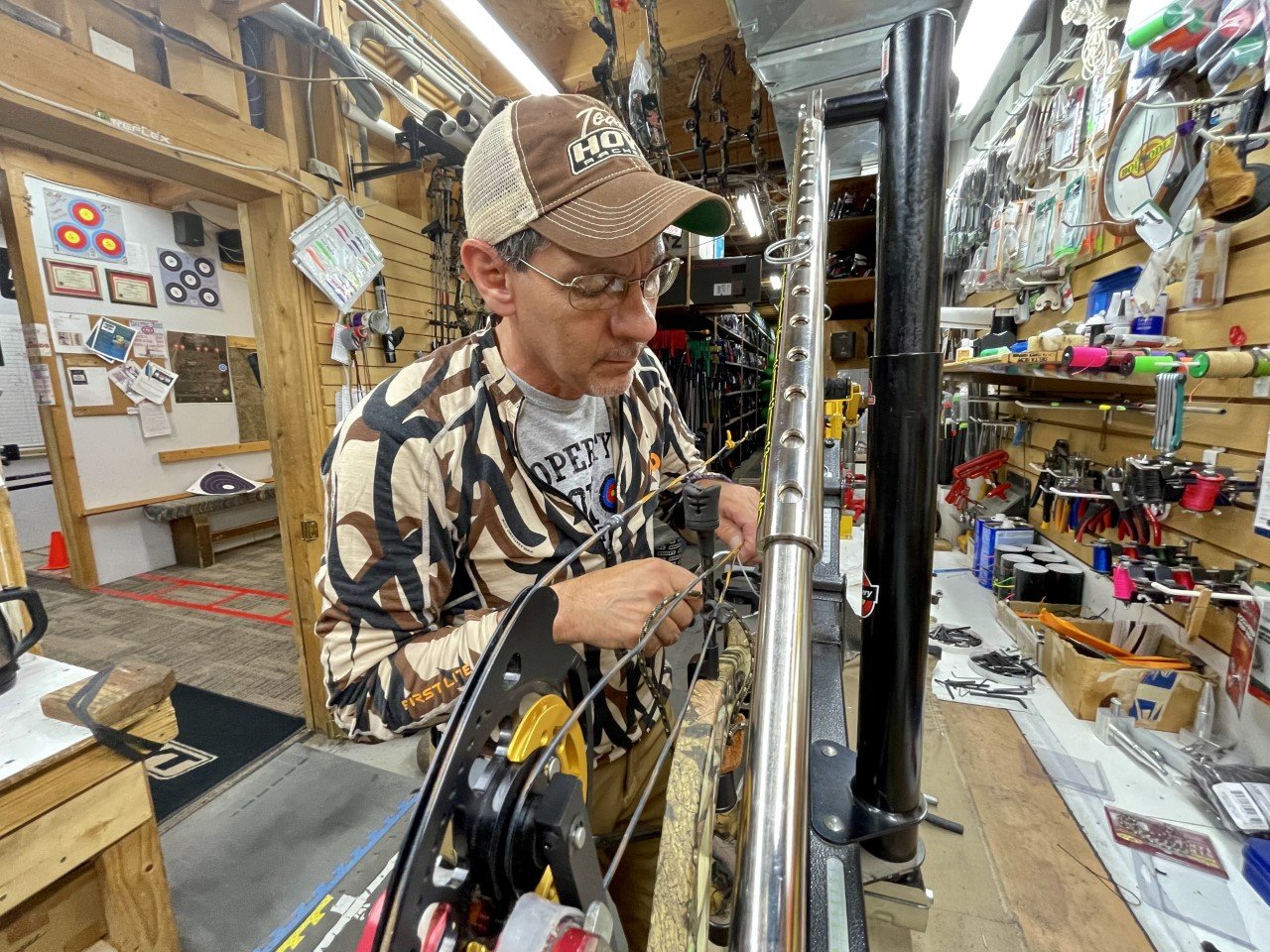 Anthony is a world-class archer. His expertise in the bow and arrow field paired with his excellent customer service is killer. He'd be more than happy to help you with all of your archery needs. ranging from compound bows to recurve bows. His friendly personality and his hilarious jokes are sure to put a grin on anyone's face while they're shooting at our in-store archery range. Be sure to ask him for some tips and tricks when you stop by!